For an organization to deliver better performance, “enhanced results”, and more revenue and/or profits, the people that lead the organization must 1) behave differently, 2) perform differently, 3) converse differently and 4) expect differently. Without this change, the current state becomes the future state and everything remains the same. Nothing changes.

The moment an organization’s leader becomes aware of his/her need for personal leadership development is the moment that her organization begins evolving. The leader needs to evolve or transform from her current state in order to lead the organization to the desired state. Even though the process may be complex, this journey will lead to a more effective organization as an outcome.

Organizational Transformation calls for a process that looks something like this:

The outcomes of this process include increased organizational planning and deeper leadership development at all levels; supporting the evolution of the organization from its current state, to the desired state at some predetermined time in the future.

Organizational Transformation is a long term process, not a quick fix. During our multi-year, client focused effort, incremental improvements show up along the way as we move on the timeline from “now till then.” Transformation to a new, desired state, however, isn’t recognizable as such, until the aggregate outcomes of the six processes above coalesce into a new form.

Regardless of the entry point chosen to begin an evolutionary process, it’s the Leader’s awareness of the need for change that initiates and supports that effort. That awareness and personal acknowledgement of, “I am responsible for what this organization is, and I must take the necessary action to make it what it can be,” must occur, or nothing else of import will happen. Everyone else in the organization can say “no” but only the leader can say “yes.”

Different processes can run simultaneously when transforming an organization. For example, vision building and articulation are addressed by the leadership group while those same leaders work with managers on personal growth efforts. These conversations help all the players envision the evolutionary nature of the journey on which they all have embarked.

Running the Business Needs to Continue

This doesn’t mean that everyone stops running the business while they “think about the future.” These high level, strategic initiatives may be spread out over many months, allowing the leadership group to continue working on day-to-day duties as required. The difficult balance of paying the bills while creating the future is new to most groups of people within organizations but it can be learned!

When it comes to the transformation process, not everything is an emergency. Developing an appreciation for priorities and applying these principles to the daily effort of managing, allows people to learn to say “no.” This lesson alone can have a remarkable effect on the amount of time that can be allotted to “future think.” It has the added benefit of putting the person who asked for that time in the position of making their own decision!

Creating an organizational climate in which it’s OK to say no and in which it’s OK to make mistakes, (errors in judgment) is a daunting task. The pervasive dysfunction of “it’s not OK to be wrong” has stultified the transformation efforts of many organizations. A no-risk culture almost guarantees a no-growth organization. Only by taking risk can an individual or organization progress. Like the turtle, it can only move ahead by “sticking its neck out.”

One of our long-term clients employed about 100 people when we started with them. They had been in business for over 20 years. There were no clear goals or strategy. Meetings were complaint and “pity me” sessions. It was a crisis-to-crisis environment in which every customer-facing person believed that if they didn’t get an immediate response from their manager, the customer would be lost. A full 50% of the people in the organization were in “touch the customer” roles every day. Chaos reigned supreme. Additionally, the leadership group was of the same mind, so the myth was perpetuated consistently and constantly. One of the consequences was a much lower profit than was expected.

After our initial intervention, which consisted of three days off-site with the owners/leaders, and several months of on-site contact with others in the organization, a small change began to occur. The mid-level people continued their dramatic requests but, the leaders began to say things like, “not now,” “what do you think you ought to do?” and other similar responses. Over a 3 year period, a series of leader/manager development programs were instituted, annual goal setting sessions became the norm and a clear long-term vision was articulated and published. Several years later the owners realized they had transformed beyond the roles of owner/operators. They sold the business for a handsome sum to a much larger organization in a closely related field and began pursuing their other, individual passions. 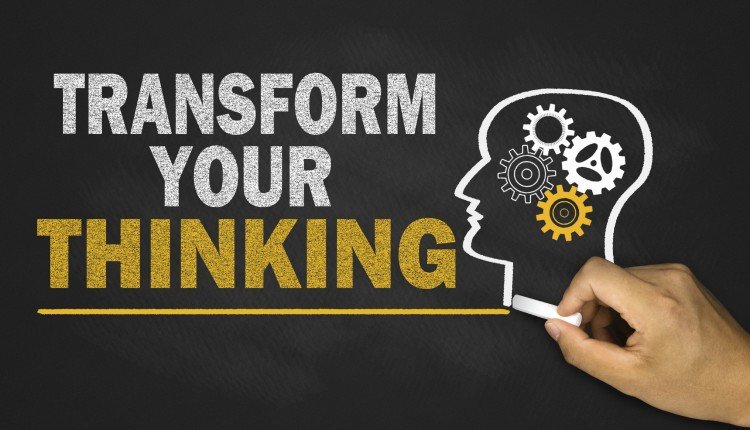 For an organization to deliver “better performance”, “enhanced results”, “more revenue and/or profits”, the people that are the organization must behave differently, perform differently, converse differently, expect differently. Without this change, the current state becomes the future state… everything remains the same.

The moment an organization leader becomes aware of his/her need for personal leadership development, that organization will begin evolving. The leader needs to evolve from her current state in order to lead her organization to the desired results. Only then will the organization begin its evolutionary journey. Even though the outcome may be complex, this journey will lead to a more effective organizational outcome.

Evolutionary Transformation calls for a process that looks something like this:

1) Leader’s Personal acknowledgment that he/she must make some changes (prerequisite for success!). This leads to →

2) Vision building which then requires →

The outcomes of this process include organizational planning and leadership development at all levels which yield the desired results… evolving from what the organization is at the moment of the leader’s recognition of the organization’s current state, to the desired state at some predetermined time in the future.

What do we do?

We can help you decide where focus your time and attention in your organization.
Get a Free Consultation

Latest from the Blog